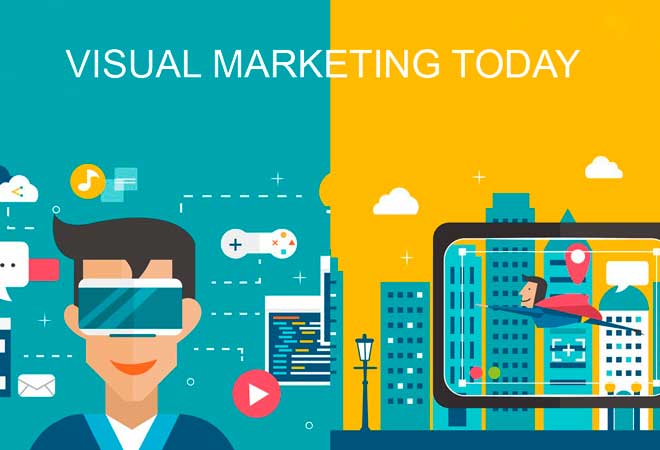 The advertising industry has moved very quickly to new technologies as new technologies offer new ways to attract new audiences. Virtual reality (VR) and augmented reality (AR) can create artificial worlds. Augmented reality allows you to see things you could only imagine. Whether the user wants to take a trip to the age of dinosaurs or fly to their new kitchen: with VR and AR, it's always possible.

AR can grab people's attention for more than 85 seconds, increase interaction rates by 20 percent and increase click-through rates on purchases by 33 percent. After slowing in 2019, the virtual reality market recovered during 2020-2021 and is expected to grow strongly by the end of 2022.

What are virtual and augmented reality, and how do they work?

Virtual reality is a kind of "other world," a dimension in which the user is placed. It can be used about a fully digital world or a world that includes a combination of the real and the virtual. Augmented reality: An environment in the real world supplements the physical world with virtual information. In the case of augmented reality, graphics, sounds, and sensory feedback are added to our natural world to create an enhanced user experience. Visual marketing is currently viral. The triumph of videos and photos on platforms like Instagram, Pinterest, and Facebook or news sites speaks for itself. Moving pictures are much more emotional than pure text. This new, dynamic way of telling stories excites marketing managers because they can now present their products in any user environment thanks to AR. Some outstanding examples show how this works. Virtual and augmented reality are still very new forms of technology. Early adopters claim that this technology will change how we consume media. If AR evolves and becomes a mainstream entertainment medium in America, advertising and marketing will disappear. Tim Cook, Apple's CEO, said that AR will one day be as important in our daily lives as "eating three meals a day." Beyond that, the fact that so many large multinationals are investing in both augmented reality and virtual reality will probably be enough for most marketers to incorporate these technologies into advertising campaigns for years to come. Already more than 75% of the world's biggest brands have integrated VR into their marketing strategy - and it's no surprise because it's a powerful marketing tool.

Virtual reality gives marketers and advertisers the ability to capture consumer data at levels never seen before. Marketers will track where you look, how you feel, and what products you interact with. It means marketers can better understand what products consumers want and ultimately segment users based on where they look.

Even social media platforms like Snapchat or Facebook rely on AR features. Thus, users can decorate their photos with unique AR apps, so-called lenses, even movie characters or branded mascots. AR marketing on its own will be viral. But, along with that, it's imposing and exciting when you start thinking about how it can be combined with other advertising technologies or mediums. Outdoor advertising is going through a sort of renaissance, and AR can work very well with that. The possibilities are endless. Every billboard or bus stop can become a hive of interactivity where you can surprise your audience. You can personalize giant posters, so each user sees different depending on their profile. It can lead to very relevant, targeted campaigns that give massive engagement because they are unique and will be remembered and address what the user wants to see.

Most prominent examples of advertising campaigns with AR

A bright and famous example with VR, which was a massive success in its time, is the agency Grand Visual (UK) in 2011. To promote Lynx Excite fragrance (a brand also known in some countries as AX), a two-day marketing campaign was organized at Victoria (London) and New Street (Birmingham) stations, where passengers could interact with virtual angels that appeared on a giant digital screen as they stood at signs that read, "Look up." The campaign won two Cannes Bronze Lion awards in the Outdoor and Media categories and was inducted into the Outdoor Hall of Fame.

The work of the agency Engine Creative (UK). The December 2011 issue of Top Gear Mag brought to print and video together through seamless, immersive covers and content that came to life through AR technology. In addition to winning Editor's and Reader's Choice awards at the FIPP awards, they published over eight issues with 50,000-100,000 views per issue and a 27% engagement rate and 25% CTR.

An example of the work of the Tap2C agency (Poland). Polish brand Hector & Karger used Augmented Reality to promote their AW 15/16 model. They partnered with Tap2C, which uses our image recognition and AR technology, to create an interactive guide called RE_ALITY. Readers had to cover the Viva! Cover of Moda magazine to view photoshoots, the ability to view models from all angles, and even purchase items from the collection.

An example of virtual reality marketing in 2019, Infiniti paired up with OmniVirt to create a test drive for the Infiniti Q60. Viewers in the virtual experience get to drive the Q60 on multiple routes. Users can hear the engine roar on desert roads, in high-speed tunnels, and hairpin turns through mountain passes. The view is from the driver's perspective, so viewers get a complete picture of the Q60 driving experience.